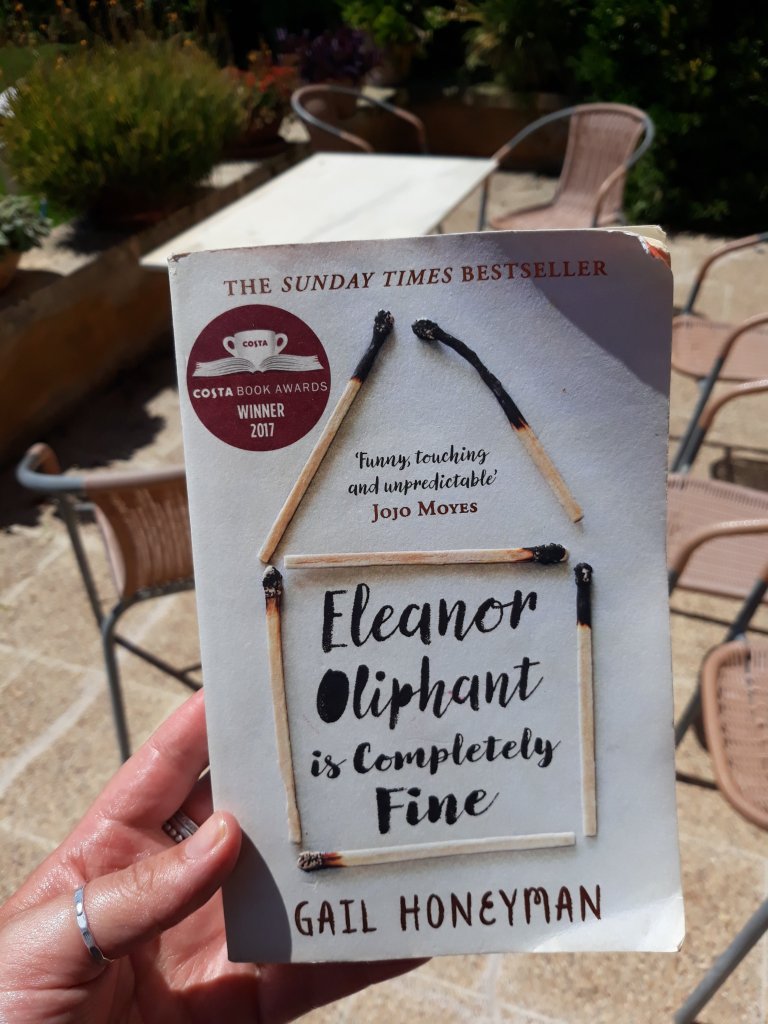 Ah the book that seems to be everywhere and that everyone is reading and saying how much they loved it, well not me!

This book actually benefits from me having a few days between finishing the book and writing my review as when I was reading the book I was not enjoying it.  It really does seem that everyone seems to love it but it all just seemed a bit obvious to me and that I had heard or read this story before. By the time I finished this book I was ready to throw it in the pool ( I was on holiday) as I had already seen the ending and the ‘twist’ coming a mile off.

However, after thinking about it for a few days I think I may have judged this book to harshly and I was too focused on why Eleanor was the way she was and what had happened to her that I didn’t give enough importance to some of the smaller more important aspects of this book, which is why I ended up giving this book three stars on Goodreads instead of the original one star that it was going to get.  One of these aspects, is how Eleanor says something along the lines of ‘You’ve made me shiny’ to the hairdresser after getting her hair cut. To Eleanor being a ‘shiny person’ is something that has always eluded her and due to the way she was, I imagine was something she never thought she could be. Even for someone who was not enjoying the book this part did move me as it felt like this could be a turning point for Eleanor in how she saw herself and her self esteem.

I  ended up leaving this book behind on holiday for the next people to read as I didn’t think I would want to read it again and while I still don’t think it was my kind of book, I have found myself telling people about it and wishing that I did still have the book around to lend to other people. So maybe I was too quick to judge and I would have enjoyed it more a second time around???

Love is what you bake of it.
Old books - must have 👍🏻 or musty 👎🏻
🐑DO ANDROIDS DREAM OF ELECTRIC SHEEP? 🐑 by Philip K Dick.
How has everyones March been so far?
Who’s counting down till the release of A Court of Silver Flames on Tuesday?
Trading Secrets by Rachael Eckles
🥳 New Book Review 🥳
Sunday Plans- I’ve been for my daily walk and now I am freezing, so I am popping my reading jumper on and going back to bed until it’s time to cook Sunday dinner.
Throwback to when we had sunshine!
Back to top
Loading Comments...
Comment
×
%d bloggers like this: