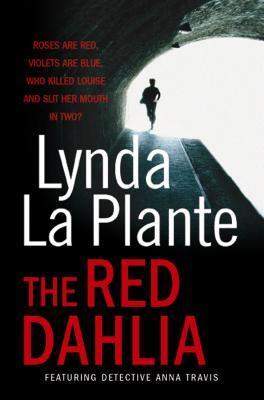 One of my all time favourite books, is Above Suspicion by Lynda La Plante. I read it such a long time ago and I absolutely loved it as soon as I started it. The Red Dahlia is the second book in the Anna Travis series, and I’ve wanted to read it for ages.

This year, Kate and I tried out the Icelandic tradition of Jolabokaflod – where we exchanged books on Christmas eve to be read throughout the day/night. Now, while I didn’t get much reading done on Christmas eve, I have made up for it since and this was just such a fantastic read. I’m super thankful that I got it from Kate, so thank you 🙂

It was everything I hoped it would be. It was fast paced, thrilling, detailed, exciting and suspenseful. I got to the final pages and didn’t want it to end – well I kind of did, the baddie needed putting down!

The story is about Anna Travis, a police detective, who gained experience of homicide detection from her first case in Above Suspicion, and now must use that experience to solve a new crime. Somebody is killing women in a gruesome way that mirrors a murder in America over 50 years ago called, by the press, The Black Dahlia. The new murder victim is given the moniker The Red Dahlia, due to a red flower in her hair. (Clever, these press peeps)!

There is conflict in the department, when Anna’s old boss and love interest gets drafted in to head up the team. But Anna soon finds comfort in the form of a reporter who the killer happens to be contacting about his crimes.

This was suspense filled and very well paced. For a detective novel with only two murders, one of which has happened before the story starts, it doesn’t have any dull moments. We follow Anna and the team as they get clues, interview suspects, gather evidence, and as we go along we feel more excited that we are going finally be able to get this guy. There are frustrating moments where we think he is off the hook, but justice usually prevails in these kind of books.

There is a lot of detail about the evidence gathering and the procedures used. I found this really interesting, some may find this a little repetitive, but I thought it added a narrative to the story. We could see how close, and yet how very far they were from catching this guy.

It is hard to know where to lay your sympathy in this story. There are two sisters, whom we feel very sympathetic for, due to what has happened to them. But they just don’t seem to want to help themselves or the police. The son, Edward, is just a bit odd. He has been coerced by his father to do all sorts of things, from a very young age. So I kind of felt conflicted about whether to feel sorry for him or not.

The TV adaptation of the Anna Travis series was fantastic. They ran under the title Above Suspicion and were based very closely on the books. The casting of Kelly Reilly was perfect – she is an excellent Anna Travis. This is one instance where the TV/film is as good as the book.

Thoroughly recommended to all police procedural, crime/thriller fans. Definitely pick up a Lynda La Plante, this is a perfect place to start. Although, be warned, it is VERY graphic in places and quite gruesome! 🙂

Thanks for 400! 🎉🎉
🍾 Book Review 🍾
Happy Christmas Eve Everyone!!!
Happy Thursday Everyone…. It’s nearly the weekend!
Book Review
❄️ Book Review ❄️
The Tomluc Tree by @trionaharrisauthor
ARROWOOD AND THE MEETING HOUSE MURDERS by Mick Finlay
Look at this beautiful children's book that Anne @tinyhorsebooks has sent us.
Back to top
Loading Comments...
%d bloggers like this: