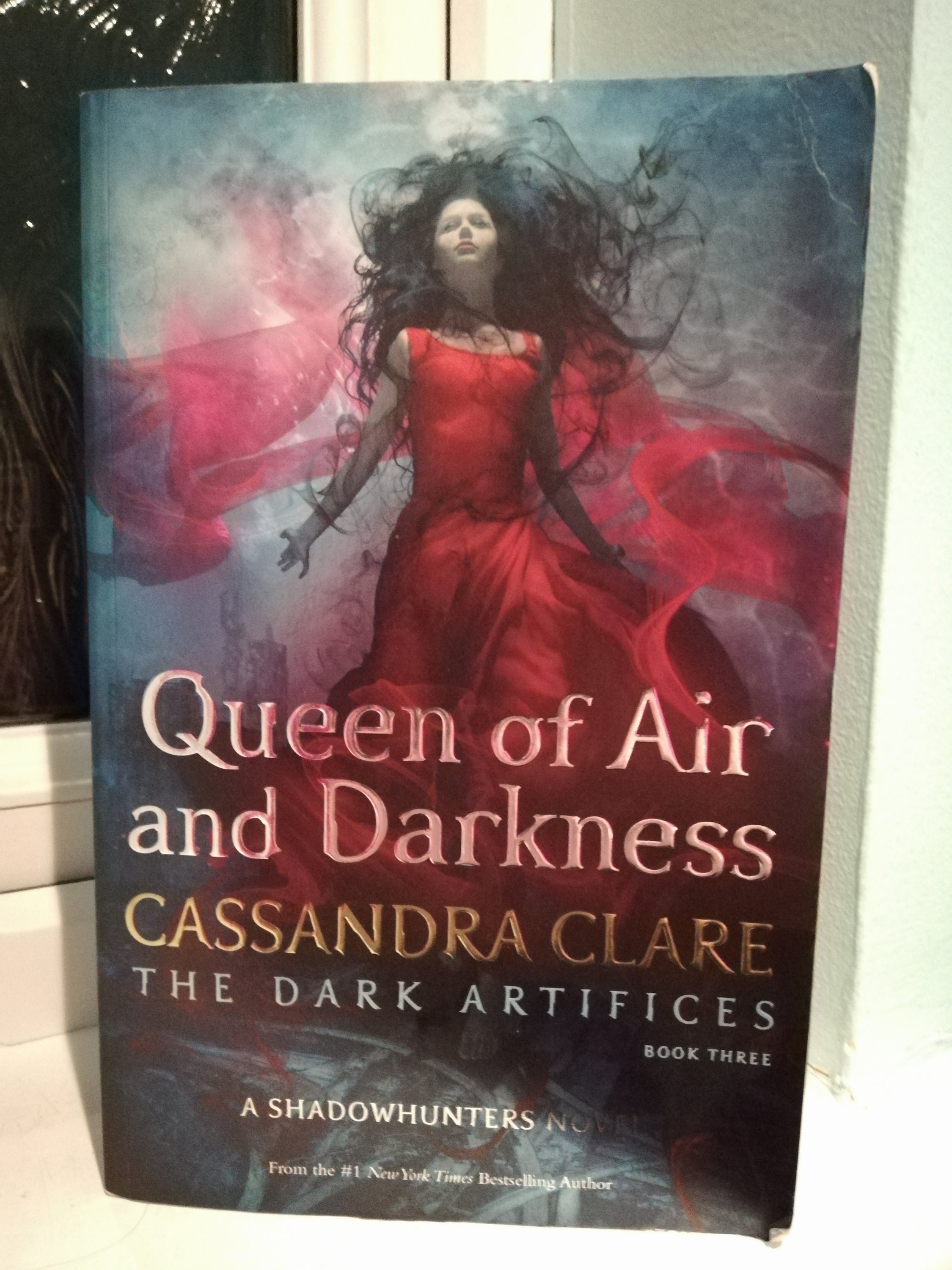 Cassandra Clare does it again!!! Let’s be honest I didn’t doubt that she would deliver the goods with Queen Of Air And Darkness, but at nearly 900 pages long I wondered how she was going to finish off The Dark Artifices series without going off on a tangent.

At the end of Lord Of Shadows the two main points that needed to be covered is that our hero’s needed to take down Annabelle after she killed the Inquisitor (RIP Robert Lightwood) and Livvy Blackthorn (RIP – also, why don’t you just take my heart out now C.C?) and sort out that pesky Parabati bond. Oh and figure out what was going on with Jace and Clary. I know that’s a very brief summary of it but it’s the highlights that I remembered and in hindsight I really should have found the time to re-read both Lady Midnight and Lord of Shadows. Well, Queen of Air and Darkness does not disappoint in the least, there are multiple plot twists and surprises right up until literally the last page which had me squealing with joy and excitement in anticipation of how epic the next book will be.

The action picks up literally from where we leave Lord of Shadows with The Blackthorns, The Lightwoods and the rest of The Clave dealing with the murder of Livvy and the Inquisitor, seeing how our beloved characters deal with the deaths of their loved ones is brutal and had me crying silent tears for them in the way that I have not cried since Sebastian killed Jordan in City of Heavenly Fire.

Without meaning to give away any spoilers, and as its 900 pages long, I am going to skip trying to summarise the action but instead just say that Clare skilfully weaves a tale across multiple borders and times with all our heroes crossing paths with each other and uniting to not only take on foes both old and new but also to take on the darkness that settles at the heart of The Clave itself. There are so many twists and turns that you will find yourself stopping to ask yourself ‘how did we get here?’ or ‘hold on, who is this person that I think I should know? I certainly did both of these things and as such can not wait to sit and re-read not only the three books from The Dark Artifices series, but also City of Heavenly Fire and Tales From The Shadow Hunter Academy. As certain things like ‘What is the deal with Kit and how is he actually related to Jace?’ still elude me.

I know I have mentioned City of Heavenly Fire a few times because Queen of Air and Darkness feels a lot like City of Heavenly Fire, as in C.O.H.F. we were introduced to the Blackthorns and the LA Institute and we even had the guys from The Infernal Devices appear ( Will and Jessie at the end – ahhh your breaking my heart!) , and in this all our friends from The Mortal Instruments and The Infernal Devices play key roles in this story, Jace and Clary, Alec and Magnus,  Tessa and Jem- and yes I still majorly fangirled at Jace 😍 Put simply if COHF was Avengers Assemble, this is totally Avengers Age of Ultron and I am keeping my fingers crossed that Avengers Infinity War is on its way as after that ending we NEED an Infinity War! Just please no Civil War!

If you have not read any of Cassandra Clare’s other work I really wouldn’t recommend starting with this one as you will not have a clue what is happening or who is who, but if you love her other work this will not disappoint and will make you fall in love with the Shadow World all over again

3 thoughts on “Queen Of Air And Darkness By Cassandra Clare”

Happy Tuesday everyone!
Happy publication day @liz_fenwick
Book Review
Love is what you bake of it.
Old books - must have 👍🏻 or musty 👎🏻
🐑DO ANDROIDS DREAM OF ELECTRIC SHEEP? 🐑 by Philip K Dick.
How has everyones March been so far?
Who’s counting down till the release of A Court of Silver Flames on Tuesday?
Trading Secrets by Rachael Eckles
Back to top
%d bloggers like this: